I may as well blog 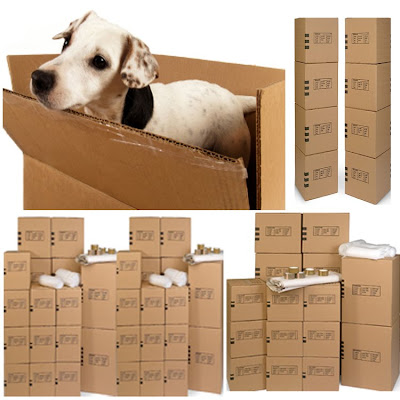 Y'all, if I had known how much cleaning was going to be involved with the aftermath of a handful of rodents, I probably would have just left everything and moved.

Seriously. Anyone who knows anything about me at all knows I HATE cleaning. HATE it. Not in a "Oh, well, I'd rather be watching reruns of LOST than mopping this floor," way, but more of a "I'd rather have my hair pulled out strand-by-strand than mop this floor."

Sure, I like my home to be clean. Who doesn't? Other than those people on those hoarding shows on A&E, most people you polled would prefer a tidy house over a messy one. It's just that, even after a dozen years of living in my own house, my brain just doesn't "work" that way. I don't look around a room and think "I need to do X to clean this room, and then when that's done I'll do Y as the next step." Noooo, I walk into a room, become overwhelmed because I don't know where to start, and walk right back out again.

Lest you think that Neicy Nash and her Clean House crew is due to show up on my doorstep, let me reassure you that I married smart. My husband has that "cleaning" gene, in spades!

In our marriage, we've only had a couple of real "bones of contention." The biggest one is housework. Jason is a "clean up after yourself" type of guy, and I'm more of a "I'll pick it up when I get around to it" type. I know, I KNOW, this is a horrible way for an adult to behave, and a terrible example for my daughter.

I'm just being real, y'all.

So, back to my current situation.

Jason has spent the last few days taking everything out of the cabinets, inspecting for evidence of mice, and cleaning all the contents. He has also discovered that we have way, WAY too much stuff in our teeny tiny kitchen. So, he gave me instructions to decide what to keep and what to toss.

People, I still had half a dozen sippy cups in my cabinet. And my daughter hasn't used them in probably four or five years, nearly the amount of time we've lived here! Unfortunately, they were all chewed up (from a teething toddler) and missing their seals, so they had to be trashed.

Random plastic containers, broken bits of this and that - all on their way to the landfill. Part of this is Jason's fault - HE is the one who can't seem to throw anything out. I think he has realized where that philosophy has gotten us!

We also - and this will make my mother VERY happy - have started a "send to mom's yardsale" pile. She's forever planning yard sales, and forever asking us for donations, so there she goes. She now has enough for a whole separate kitchen section.

Now comes my greatest dilemma. In our teeny, tiny kitchen (seriously, it's probably 9x12) we have very, very little counter or cabinet space. That kitchen also contains our washer and dryer (it's an old house) and doors to the backyard and the room next to it. To try to counter this problem, we used a small hutch we'd had since we got married, placing it in front of one of the windows. I LIKED this arrangement. It was just big enough for my coffee maker and our microwave, with my coffee stuff and some fancy dishes going up top, and larger appliances (like my crock pot and George Foreman grill) underneath.

However, Jason has decided that the hutch has to go. True, it did take up some of our kitchen space. And, it blocked a window, which blocked some of the light from the room. He is under the impression that we can clean-and-organize our way to a hutch-free existence. I am not so sure.

I guess we shall see who wins this round.

Yesterday I left work early because of the holiday, and spent two hours helping him clean. And then we left to run some errands, and returned for another two hours of work. And we're STILL not done - I had to look for nearly five whole minutes to find my coffee grinder this morning. That is NOT a good feeling.

But, I have a temporary respite. He's still asleep, and no way in the world am I embarking on this mission without his directions. Did I mention, he has re-loaded the dishwasher when I didn't do it to his specifications? So, yeah. This kitchen re-do is way bigger than that.

My kitchen and dining room are a mess. Jason is still asleep. My hands are pretty much tied.