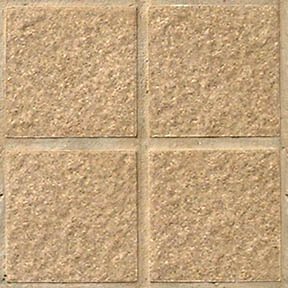 I have so much to accomplish today, but I can't seem to concentrate! I think it has something to do with the fact that I'm still recovering from working at the auction the last two days in Jason's absence. That whole experience wouldn't have been quite so bad, except for the really, REALLY bad job done by the contractors on the floors.

Not only did a job that should've taken a couple of days take over two weeks, it was shoddy. And when I say "shoddy," I mean really bad. Like, great sections of the tile don't match up bad. Like if you look at the floor too long, you get dizzy bad. Like the floor drains are several inches lower than the rest of the floor, causing an unsafe-type-situation (which I was a victim of yesterday). BAD.

We were at the auction for nearly eight hours on Monday, trying to get the plumber to hook the dishwasher back up (the floor guys broke the drain valve when they moved it) and the appliances hooked up (the floor guys put them in the wrong order, and new pipes had to be put in because the new floor was higher than the old one and none of the pipes were the right size).

Also - the tile is permanently stained in some areas because of some of the stuff used by the aforementioned floor guys.

I worked, basically continually, from 5 a.m. - 5 p.m. yesterday. I stood behind a bar and served food for a solid hour at lunch time. I actually looked up and realized an hour of my life was just gone.

Anyway, I'm still sans computer at home, so I had about half a billion emails this morning - most of them junk. God bless the internet.

I am very much looking forward to going home tonight and curling up with a movie. I think Shopgirl should be in my mailbox when I get home.
Posted by Melissa at 10:09 AM

Ugh, I hate when someone/people can't do their job right (floor). I've had to deal with some awful contractors myself. I feel your pain.

The worst part of the floor thing isn't just that it looks awful, it's a safety risk too! I mean, some of the tiles are sticking up enough for someone to trip over (like my dad did on Monday when we were cleaning up).