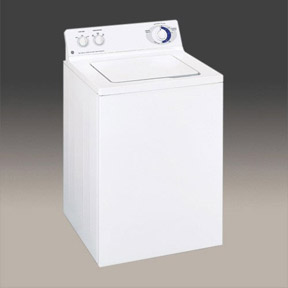 My washing machine and I have gotten to be very close these past two days.

After spending a week doing minimal housework, this is somewhat of a shock to my system.

We have a routine when a trip is over: Bring the luggage into the kitchen (because, dear ones, that's where someone decided the washer and dryer needed to go) and unload the suitcases straight into the washer.

You know, Jason did have access to a washing machine at his mother's house Friday night. You'd think he'd at least get the towels done. But no. He brought it all home for me to take care of while he gets his computer back up and makes up for lost internet time.

So, that's what I've been doing since Saturday night. Laundry. Although, it's almost done: one load in the dryer waiting to be folded, and one in the washer waiting to be dried, and I think we're done. Compliments of a couple of marathon clothes washing sessions.

On another note, it was good to see Alison and Aunt Esther yesterday. Al's hair was really cute. Maybe I'll post a couple of the pictures from the "photo shoot" Amanda did outside Rio Lindo (Amanda's motto: have camera, will shoot.)
Posted by Melissa at 8:28 AM

Melissa, I really have enjoyed your blog. It doesn't scare me! HA! I am pining for Anna Marie. Put more pics of her please.

Ha ha! I'll see what I can do about more Anna Marie pictures!

I never used to mind laundry until I had kids. Now, I have to do a load everyday or else it gets out of control. It took me 4 days to catch up on laundry after we came back from vacation. Here's the weird part. We didn't bring anything home to wash. I washed it all before we left. Go figure!